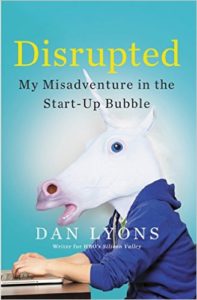 Last week, Terry Gross of NPR, conducted an interview with Dan Lyons, the author of a new book called Disrupted: My Midsadventures in the Start-Up Bubble.

The interview was entertaining and thought-provoking, but it also contained intrigue into the world of tech start-ups. Even if you aren’t in the technology industry, the lore of these start-ups is good material for an enticing read.

At the age of 50, Lyons, a tech writer for Newsweek, found his job had become obsolete. He decided to join a Boston tech start-up that had been infused with a lot of venture capital. Lyons explains that the  company, Hubspot, touted its goal of making the world a better place, while it was basically selling email spam. He also described the frat house environment of the company, which was foreign to him as a 50 year old married father

Ashlee Vance, the author of Elon Musk (reviewed on this blog) describes the book as “wildly entertaining…Lyons has injected a dose of sanity into a world gone mad.” It is the story of big money being thrown at young entrepreneurs looking for an IPO cash out. Lyons gives an in-depth description of not just Hubspot but the world of tech start-ups, in general. It obviously touched a nerve at Hubspot, though, since Terry Gross noted that the FBI ended up investigating a few Hubspot employees for allegedly trying to stop publication of the book. Now, you must be intrigued!

Other recommendations to briefly note: 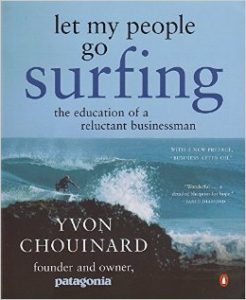 Let My People Go Surfing: The Education of a Reluctant Businessman by Yum Chouinard

This book was recommended by one of our techs, Pat, and has also been at the top of the list of business and motivational books. It is written by the founder of Patagonia, the outdoor equipment and apparel company. Chouinard takes you from his early life in Canada to his fantastic climbing expeditions, which eventually led hm to founding Patagonia.

He is a business leader who breaks the mold, but he also takes you through the struggles of growing a business, including the dark days of Patagonia in the early 90’s when he had to lay off 20% of his employees. Throughout the book, he melds his business philosophy with the sould of an adventurer, outdooorsman and philanthropist. it’s an inspiring read. 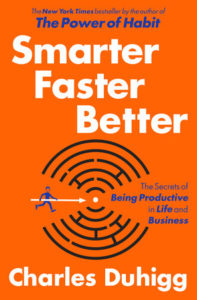 Smarter, Faster, Better: The Secrets of Being Productive in Life and Business by Charles Duhigg

Duhigg is the author of the popular Power of Habit and has hit on another success with this most recent book, where he explores the science of productivity. His thesis is based on the premise that it is how you think, not what you think that governs your life.

The book is based on 8 key concepts from goal setting to decision making and how you can use them to influence your life’s direction. Drawing on research and experiences of successful people from all walks of life, Duhigg makes the case that it is how these people viewed life and life experiences that created their success.